What Is Acoustic Trauma? – Types Symptoms And Diagnosis 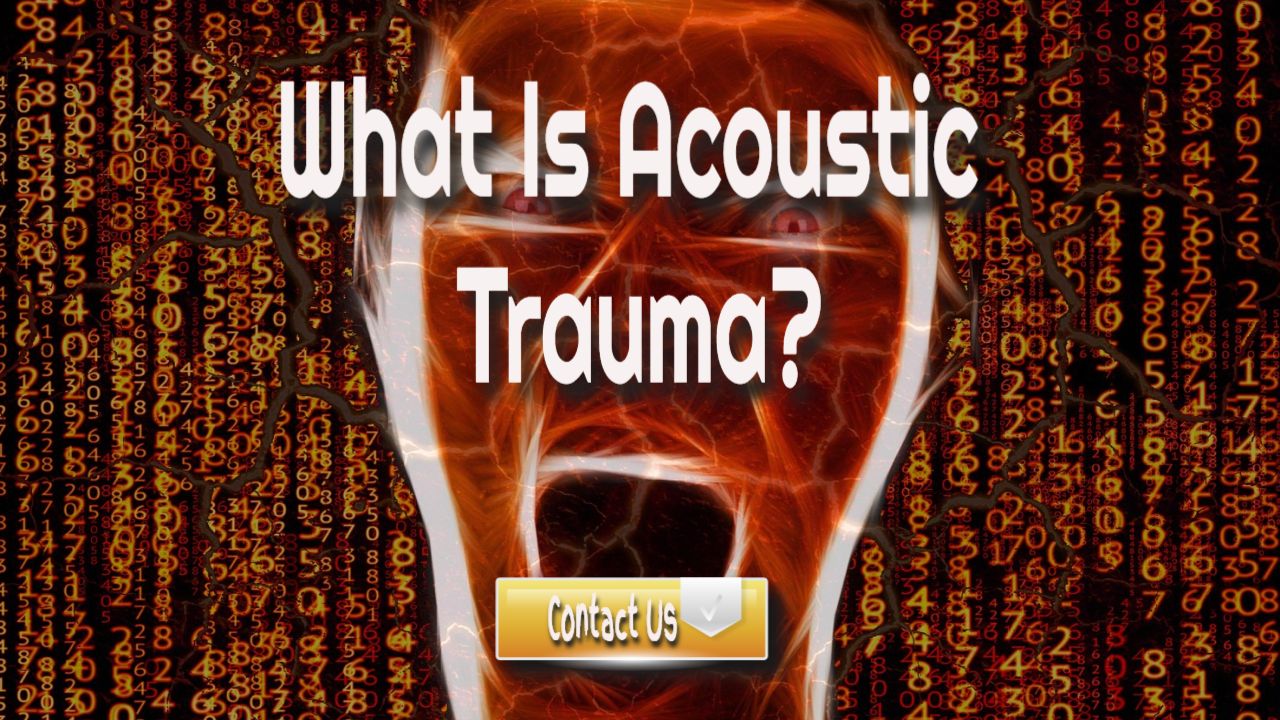 What is acoustic trauma?

The middle ear and inner ear are both protected by the eardrum. Small vibrations are also sent to the brain as signals. Acoustic trauma can impair the body’s ability to process sound vibrations, resulting in permanent hearing loss. A threshold shift can occur when sound enters the inner ear, resulting in hearing loss. Acoustic trauma comes in a variety of forms. Hearing loss caused by constant exposure to loud noises is more common than hearing loss caused by an acute injury. If your doctor suspects you’ve been exposed to either, they will conduct further testing to determine the cause of your hearing loss.

Depending on the severity of blast trauma, different treatments may be required.

Acoustic trauma is more likely to happen to people who work with loud noises.

Those who work in an environment where loud industrial equipment runs for extended periods are more likely to suffer acoustic trauma.

Have to put up with loud noises for long periods because of where you live or your line of work.

Attend a lot of loud music events, such as concerts and sporting events.

People who go to shooting ranges without the proper safety equipment, such as earplugs, may be exposed to deafening noises.

Acoustic trauma is more likely to occur in people frequently exposed to noise levels greater than 85 decibels. Your doctor can estimate decibel ranges, such as an estimate of 90 decibels for a small motor. Your risk of acoustic trauma and hearing loss will be assessed based on how loud the sounds around you are. Continuous hearing is considered safe at a noise level no higher than 70 decibels. This is based on an average group conversation’s estimated noise level. 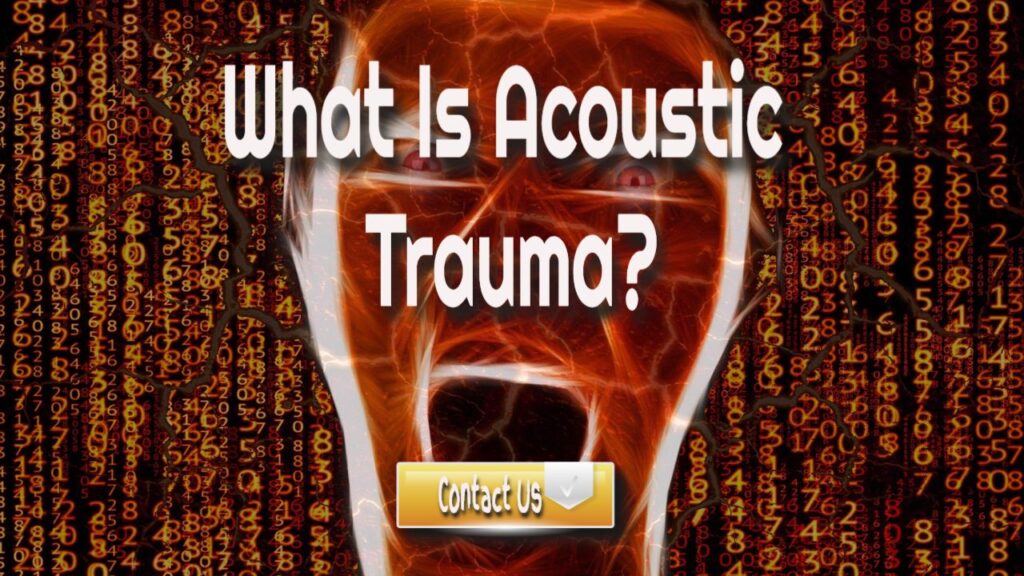 Three important factors have a role in acoustic trauma.

These factors include the sound’s decibel level of intensity, pitch or frequency (higher frequencies are more harmful), and the length of time the person was exposed to the sound.

Hearing loss is the most common side effect of acoustic trauma. The inner ear is affected, and the damage is done there. The hair cells’ connections to the hearing-related nerve cells may be severed. Loud noise can also cause damage to the ear’s structural components like bones and cartilage. Loud, sudden noises that exceed 130 decibels have the potential to damage the natural microphone in the ear, known as the organ of Corti.

To determine the extent of your acoustic trauma, your doctor will administer various sound frequencies to you. Tinnitus, a common symptom of acoustic trauma, is one of the most telling signs. Tinnitus is a condition in which a buzzing or ringing noise is heard in the ear. Tinnitus sufferers often notice this symptom when they are alone in a quiet place.

Some numerous conditions and factors can lead to tinnitus, but loud noises are the most common cause because of the predisposing effect on the blood vessels. Tinnitus is a condition that can be short-term or long-term, depending on how severe it is. When tinnitus persists for a long time, it’s likely the result of acoustic trauma.

To help with the diagnosis, your doctor will inquire about the types of noise you’ve been exposed to throughout your life. A test known as audiometry can detect signs of acoustic trauma as well. This test exposes you to various sounds at varying volumes and tones to assess your hearing abilities more precisely. Acoustic trauma treatment Hearing aids that utilise cutting-edge technology. Hearing loss cannot be cured, at least not for now, only effective treatment. For those who suffer from hearing loss, your doctor may suggest a hearing aid. A new type of hearing aid, Cochlear implants, can help you deal with hearing loss caused by acoustic trauma.

Your doctor will almost certainly recommend earplugs and other hearing protection devices. Employees exposed to loud noises should have these devices as part of their protective equipment (PPE).

Your doctor may prescribe oral steroid medications if you’ve suffered acute acoustic trauma. Hearing loss can worsen over time if you don’t take steps to protect your ear from noise and don’t spend too much time in places with a lot of noise. People who have suffered from acoustic trauma and resulting hearing loss will always have a diminished quality of life. Keep your hearing healthy by avoiding exposure to loud noises and limiting your exposure to too much volume. 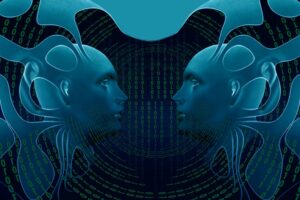 Huh? Would you please increase your volume? Oh.

You’re curious as to whether or not listening to music at a volume that’s too high will damage your ears. Do you want to know this because you like to listen to music loudly? Turn it down before you go deaf! Your parents may have said. They do have a valid point, however.

Music and other loud noises (like lawnmowers or jet engines) can both temporarily and permanently damage your hearing. When someone has hearing loss, they can no longer hear as well as someone with normal hearing would be able to hear. Some people will be unable to hear anything at all as a result of this. You probably have a hearing problem if you have to yell to be heard over the background noise. Loud noise can damage the inner ear’s sound-sensing and signal-sending components. When exposed to loud noises, you may experience loss of hearing for a short time

Therefore, hearing protection is required for construction and manufacturing workers.

When lawnmowers, chainsaws, and other power tools are used, the noise can lead to tinnitus and other hearing problems.

Listening to loud music regularly, especially with headphones or earplugs, can harm your hearing.

Some well-known musicians have hearing loss or persistent tinnitus, hindering those who make music with their ears. That’s why a lot of your favourite artists use hearing protection on stage. Maintaining your hearing health is something you can do on your own.

Using a mouse model, scientists have discovered that loud explosions damaged hair cells and nerve cells in mice, rather than the cochlea, the auditory portion of the inner ear’s structure. People who have survived the often lethal bombs may be relieved to hear that there is hope for them in the future. Professor of otolaryngology Dr John Oghalai said, “It means we could potentially try to reduce that damage.” The study was published on July 1 in the journal PLOS ONE.

Previous studies claim that the damage would be irreversible if a large blast had shredded and torn apart the cochlea. (Researchers speculate that less sophisticated imaging techniques caused the damage seen in previous studies.) Oghalai, a Stanford Hospital & Clinics researcher and clinician who treats patients and oversees the hospital’s hearing centre, says hearing loss is the most common issue facing veterans.

IEDs are becoming increasingly common worldwide, which prompted the new study, which the United States Department of Defense primarily funded. A ringing in the ears is known as tinnitus, is the most common affliction among veterans who have suffered service-connected injuries. Loss of hearing is linked to an increased risk of developing additional health issues. According to the study’s findings, there are other loud popping sounds besides jet engines and car airbags that can cause hearing loss.

According to the study, over 60% of wounded U.S. troops have eardrum injuries, tinnitus, hearing loss, or some combination of these. After deployment, 28 per cent of military personnel experience hearing loss. Blast injuries to the ear can result in permanent hearing loss if the cochlea is damaged.

However, the exact mechanism by which this harm is inflicted is still a mystery. One of the most sensitive organs in the human body is the ear. Sound waves enter the eardrum, causing it to vibrate. When sound waves hit the cochlea in the inner ear, the fluid carries them to the hair cells, stimulating the auditory nerve fibres. Then the vibrations travel to the brain.

When mowing the lawn or working around loud machinery, wear earplugs or earmuffs to protect your ears. Also, be sure to lower the volume if you’re using headphones or earplugs or if you’re driving with music playing. Avoid wearing headphones or earplugs all the time to give your ears a rest. You should also bring earplugs to concerts to protect your ears from the loud boom, boom, boom! If you frequently attend concerts or are a musician, custom-made earplugs may be an option for you. Preventing “What?” later is as simple as taking care of your ears now.

The best treatment options for you may be found by consulting with an ear doctor.

Brought To You By – Ear Wax Removal Dorking